Game in Europe vs Korea – What’s the Difference?

Game in Europe vs. Korea: What’s the difference? 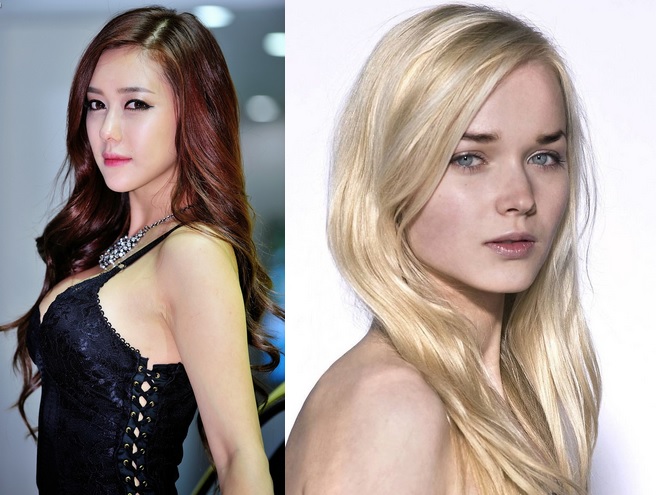 After coming back from my first Euro trip, I had a few key realizations that would be useful for people who are coming from Europe to game in Asia, or coming from Asia to game in Europe. Good game often follows the same underlying concepts, mindsets, behaviors, and sub-communication but without tweaking a few behaviors, results are sure to be sub optimal at best. While traveling I met an Italian player, great guy, active gamer who was getting some results in Europe but when he talked to Asian girls he told me couldn’t hook a single girl……
Then I approached a couple of Koreans in Budapest and he joined in and I saw exactly what it was that was repelling them. In addition, my first few instadates and first date were ending in similar ways (Euro girls not coming in my AirBnb). Then something clicked, the next day I ended up pulling a beautiful Polish girl from the park to my room for a same day lay. These 2 experiences alongside many other in both the day, night, dates, as well as gaming with other players helped put the pieces together and inspired this blog and podcast!

Physicality
In Europe alongside the western world being physically expressive is very common. Also in terms of couples and dating, you’ll see couples making out in public or having their hands on each other in public displays of affection. In Asia, couples making out is rare and the touch is very limited in general as there is judgment from society, elders, and other people on what is appropriate in public here, whereas the west is more of a free atmosphere and such behaviors are seen as natural if not normal. That being said if you are gaming Asian girls keeping your hands off for the most part is a good rule of thumb as to take the pressure off of her. Situational physicality as in taking a picture together or checking out something like her nails or rings can be ok as it is normal social behavior. Also leading a girl somewhere like you would lead your little sister across the street or through a crowd is also “normal” as it is not “touching her to communicate sexual intent.”

In Europe talking about sexual experiences, cracking sexual jokes or even making disqualifying statements about sex can be a good thing. It conveys comfort around the subject, non-neediness, and not taking things so serious. In addition it can help communicate intent and polarize the interaction. In Asia this is actually the total opposite for the most part, sex is something that happens behind the scenes and not a natural conversational topic as it is in the west. By bringing up sexual topics on a date or in an interaction before actually having sex, it puts girls on edge and as with physical touch it results in popping the bubble of curiosity. For most asian girls talking about sex can be awkward with someone who isn’t already a sexual partner and they will often get on the defensive or try to save face….or even give a series of inaccurate information if they actually divulge on the topic….which in turn puts bad frames on the interaction itself. It also is often interpreted as the man only having one goal in mind, and not patient enough to allow the sex to come as a culmination of the interaction. A good analogy would be a guy keep asking about how the movie will end while the movie isn’t even at the halfway point….it subcommunicates a lack of sense or even a “creepy” uncalibrated vibe which damages connection and comfort that may have been built prior.. In addition tying to make sexual jokes or sarcasm on the topic often goes over their head and has a similar effect.
Pulling
I noticed a huge difference in pulling from Europe compared to Asia. In Asia most of the time the best course of action is to run a date or interaction and progressively move towards your home without overtly communicating where you are going next. For example you may meet a girl on the street,bounce her for a coffee, then walk her to your house for wine (meanwhile not saying it’s your house) and just lead without being overt about where you are going next. Saying “do you want to go to my house?” or let’s do “this activity or drink” at my house” is basically cancerous in Asia. It puts the pressure on a girl to make a choice instead of fulfilling your duty of leading while the vibe/comfort/compliance is being built up. As a friend of mine once said “house” is like saying I have AIDS….as it will often get the same kind of emotional response from an Asian girl. In Europe, I noticed if the vibe is on communicating a bit more overtly like “My roommate and I picked up a bunch of local wine and snacks, let’s go grab some” worked a lot better than being vague and just leading in the Asian way.